This is a layout which was built in conjunction with Steve Moor and Mick Rawlings and is built to 3mm Finescale standards to a gauge of 15.75mm. The layout is based on a fictitious line that was never built between Sligo and Bundoran.

We each did our own parts I did the Baseboards and basic scenery some of the locos and the coaches. The track was built by Steve using stained ply sleepers  with plastic chairs and Society code 60 rail.  The superb locos are mainly built by Mick who also built most of the wagons.  A feature of the layout are the fully working signals that Steve built and the working roadway using the Faller car system in purpose made resin bodies.  The collaboration meant that we could each do the bits that we liked.   The layout has been at numerous exhibitions both in this country and abroad in The Netherlands and Sedan in France and including a trip to Northern Island and has been generally well received. The layout is 2.1M diameter and has it’s own lighting and usually travels in 2 cars to exhibitions 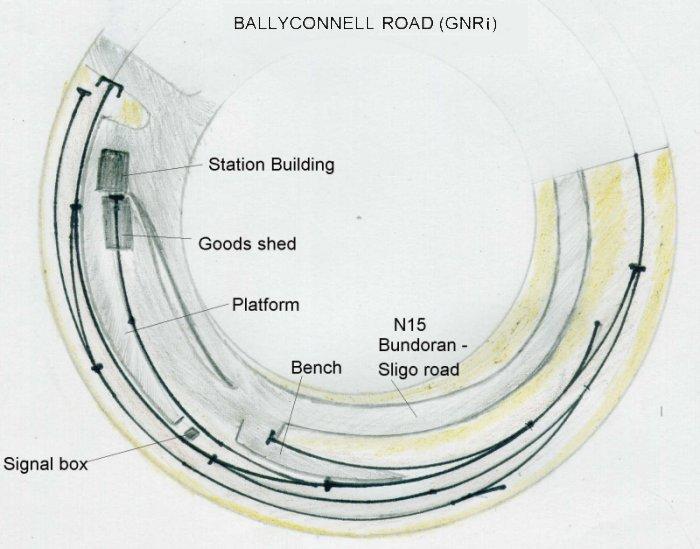